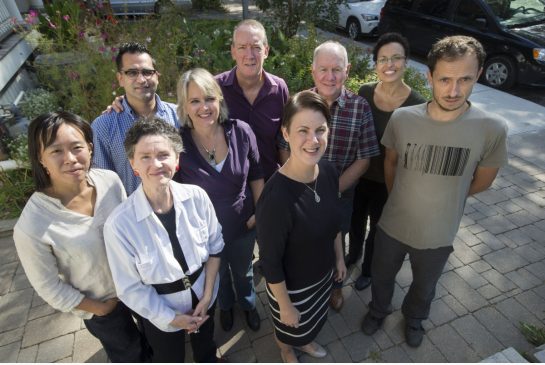 A number of Kindercare doctors and staff are involved and/or supporting this important initiative.  Please read this post written by The Ripple Refugee Project and consider lending your support:

After more than 4 years of civil war, more than 4 million Syrians have been forced to flee their homes, most of them living in appalling conditions in Syria’s neighbouring countries. Half of them are children traumatized by war. An increasing number of desperate men, women and children are risking their lives along perilous migrant routes trying to reach Europe.  Few Syrian refugees make it to Canada. In January 2015, Ottawa pledged to bring in 11,300 Syrians over the next three years. And the government expects private sponsors to shoulder the majority of the financial burden for resettling these refugees.

We are a private group of concerned Torontonians – including doctors, nurses, educational, financial and environmental specialists – who want to act. A few months ago we founded the ‘Ripple Refugee Project’ with the goal of sponsoring a refugee family.

We have just been offered this opportunity through ‘Lifeline Syria’, an organization that aims at resettling at least 1,000 Syrian refugees in the Greater Toronto area over the next two years, emulating Canada’s incredible response in 1979, when Canada successfully resettled 60,000 Vietnamese “boat people”.

We will be sponsoring a Syrian family of eight who currently live in a refugee camp in Lebanon: grandparents, three adult sons – one of them handicapped – as well as a daughter-in-law and two young grand-daughters (5 and 7). The family’s house in Syria was first raided and then destroyed by a bomb. As violence and bombing in their area intensified they were forced to flee to Lebanon. They fear for their safety should they return to Syria, as they will be targeted on the basis of their religion.

The family has been approved by the United Nations Human Rights Council and the Canadian Government and is ready to travel. They will arrive in Toronto in only a few weeks, and we need to raise about $ 50,000 to cover the majority of their living expenses for their first year in Canada.

If you would like to donate to this initiative, please click here and select ‘Ripple Refugee Project‘

The donations will be handled by Ryerson University and you will be issued a tax receipt. Our group will be sponsoring additional refugee families in the future, so any donations above the $50,000 target will be used for those subsequent settlements.

We will be documenting the resettling process of the family on our blog (ripplerefugee.blogspot.ca) and facebook (ripplerefugeeproject)