The (Not So) Great Canadian Domperidone Debacle 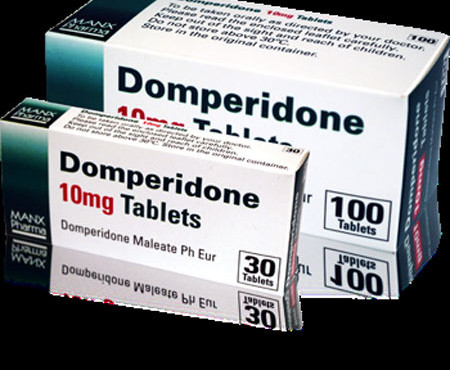 Last week, Health Canada and Teva (a drug manufacturer) released a public advisory warning against the use of a medication called Domperidone under the following circumstances:

Though not considered or discussed in this document, this advisory may undermine success for mother-baby dyads struggling to successfully breastfeed. The use of domperidone for breastfeeding problems is common practice among lactation physicians across Canada. The drug increases mother’s levels of prolactin, a hormone that promotes lactation. Without the availability of this medication, I suspect that a significant number of mothers will fall short of achieving their breastfeeding goals.

I very commonly prescribe domperidone to lactating mothers who have low breastmilk supply and/or flow. The starting dose is 90 mg per day and I sometimes bump up the dose to as high as 120 to 160 mg per day – 5x the maximum recommended dose in the advisory! In fact this prescribing practice is standard of care among Canadian lactation specialists – with some variation from clinic to clinic. Interestingly, in the decades that domperidone has been used at these higher doses for lactation support, Canada Health has not received any adverse reaction reports of serious heart-related problems “in relation to the use of domperidone used to stimulate milk production in breastfeeding women.”

The big question, now, is what are breastfeeding mothers on domperidone to do in light of this advisory. And what about the healthcare providers who prescribe/dispense domperidone on a daily basis? Doctors have already started calling breastfeeding patients on domperidone to strongly recommend discontinuing the medication immediately. Pharmacists are doing the same. I suspect that this type of intervention will not ‘save’ any lives, but will disrupt breastfeeding for thousands of current and future mother-baby dyads. Since not breastfeeding is associated with health-risks for baby and mother, there is significant morbidity and mortality that is likely to arise as a consequence. I propose a more sensible and prudent approach:

I will periodically update this post with new information as it arises. Do feel free to comment below.

2012/05/11 – A consensus statement, composed/endorsed by 22 breastfeeding across Canada

2012/03/15 – A critical review of the scientific papers upon which the advisory’s authors based their recommendations.

This is an important public health issue. The health risks associated with early discontinuation of breastfeeding in Canada is very well established and very large. Correspondingly, the data for moms taking domperidone demonstrates that the actual cardiac risk to Canadian mothers is theoretical at best.

2012/03/10 – Comments from Dr. Jack Newman, Newman Breastfeeding Clinic and Institute
Based on a study that was published in Belgium which looked at over 1000 cases of sudden death and found that some of the people who died suddenly were taking domperidone, Health Canada has put out a warning about possible concerns about treating with domperidone. This is a bit of an overreaction on the part of Health Canada. Well, a big overreaction given the data.

Note that in the study, the youngest person who died was 55 and the average age of those who died was 75 years. What has this to do with breastfeeding mothers who are rarely older than 45 years and are usually in reasonably
good health? Furthermore, this information came from a data base with no clinical information. It simply has information that so and so died  suddenly and was taking such and such a drug. The thing is that domperidone in these patients was used for reflux and we know that heart disease is frequently misdiagnosed as reflux; severe pain at the top of the abdomen or lower part of the chest is typical of both reflux and cardiac pain.
Misdiagnosis is particularly possible in Europe where domperidone is available in countries like the United Kingdom, Belgium and the Netherlands without a prescription and it is likely that many people are self-diagnosing
and self-medicating.

So that’s it and it does not mean that domperidone kills. I will continue to prescribe domperidone at our doses which are based on many years of clinical experience. I have treated many thousands of women with it with only minor side effects. I believe this article from Belgium proves nothing and does not require us to stop prescribing it.

It would be a pity that mothers and babies not benefit from domperidone when used in conjunction with our Protocol to manage breastmilk intake.

If you live in Toronto and would like nutrition support for your child, feel free to learn more about the Kindercare Pediatric’s clinical nutrition programs.