The Latest Meningitis B Vaccine – What Parents Need to Know 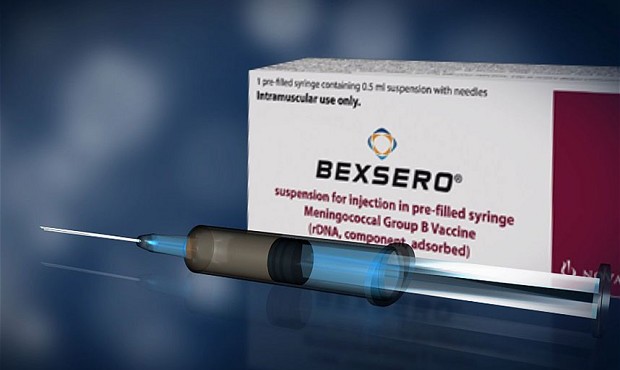 Earlier this year, Health Canada approved a new vaccine against a bacterium called Meningococcus type-B (MenBVax). Lately, parents have been asking me about whether I recommend that their children receive this new vaccine. To answer this question, we must take a look at 1) the bug and the disease it causes, 2) the risk it imposes on individuals and society, 3) the risk of the vaccine itself and 4) the effectiveness of the vaccine. With this information, a sensible recommendation can usually be made.  Let’s go through each of these:

Meningococcus (neisseria meningitidis) is a bacterium well known to cause horrifying disease in humans.  If not identified and treated quickly people infected with this bug can die in a matter of hours. After a short incubation period, it usually causes severe meningitis (bad inflammation of the lining of the brain), sepsis (infection of the blood), and pneumonia.  Untreated, meningococcal meningitis has a 50% mortality rate.

There are 5 strains of meningococcus that typically cause illness in humans: Types A, B, C, Y and W.  In 2002, vaccines targeting meningococcus type C (menC) were approved for use in North America, and ever since, the burden of disease caused by menC has decreased dramatically.  In the late 2000’s, a newer vaccine targetting 4 strains (A, C, Y, W) came out.  Since then, Meningococcus B (MenB) has become the most common strain causing illness in humans.  As of this year, a vaccine for this 5th strain, type B, is available and approved for general use.

The probability of any given person getting infected with meningococcus is extremely small – approximately 1 in 200,000.  However, the risk is higher in special circumstances.  For example, young babies, college students, the elderly and people with compromised immune systems are particularly susceptible.  Also, in specific geographical areas, certain social-demographic groups and during community outbreaks, the risk of infection can increases dramatically.

2. The risk of meningococcal infection

Although rare, meningococcus causes such severe lethal and/or debilitating disease that most experts consider the risk it poses to individuals and communities to be very high.  As such, availability of a safe and effective vaccine has been considered a high priority and most welcome.

3. The risks of the new vaccine

The side effects from this new vaccine appear to be similar to those from all of the other childhood immunizations.  Some studies have noted, however, that the likelihood of getting a high fever or a febrile seizure is a bit higher for this particular vaccine compared to the others. These fever/febrile seizures side-effects might be accentuated when menBvax is given in combination with (injected at the same time as) some of the other childhood immunizations. Having said this, the overall safety profile for menBvax appears to be very good.

4. The benefits of the new vaccine

Based on a number of clinical trials conducted over the past few years, results have been very encouraging and suggest that the menBvax confers protection to the vast majority of people who get immunized. However, studies have not yet been completed on large enough populations to draw any definitive conclusion.  For example, it has not yet been shown that vaccinating a large population with menBvax will truly lower the burden of MenB disease in that particular community.  This beneficial outcome remains theoretical.  These studies are still a few years away from being completed and reported upon.

Putting this all together

Although quite safe, it is still too early to say that menBvax will definitively decrease the number of infections and the burden of illness caused by menB.  The preliminary data, however, are very encouraging.

So where does this leave a parent facing the decision regarding whether or not to vaccinate his/her child? Thankfully, Health Canada’s National Advisory Committee on Immunization (NACI) has recently published recommendations which help make the decision a lot easier.  The recommendations are as follows:

The Bottom Line:
Unless your child has been exposed to someone with menB, is currently living in/travelling to an area where there is a men B outbreak, and/or has an immune deficiency, it is probably not necessary to run out and get him/her immunized.  On the other hand, menBvax is sufficiently safe and effective for Health Canada approval. So if you are the type of parent who wants his/her child vaccinated against everything available, then it is reasonable to go ahead and have your child immunized.
Remember that every child is unique.  Before making any decisions, it is important that parents first have a discussion about this with their child(ren)’s primary care practitioner (family doctor, pediatrician, nurse practitioner).
I hope this has helped clarify things.  Please feel free to give any feedback below.