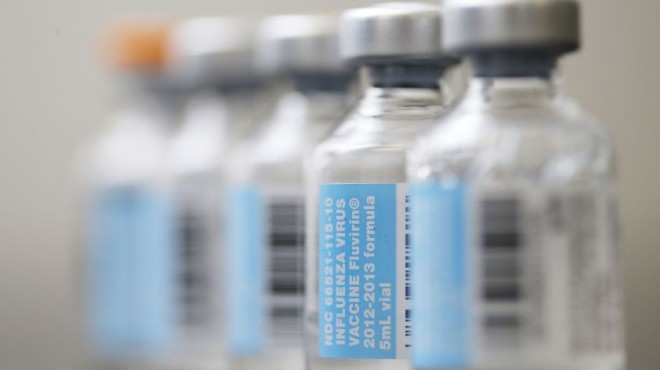 A number of folks have asked me to comment on this week’s most recent anti-vaccine controversy – well, more like manufactroversy. Excellent commentary has already been published here, here, and here so I’m not exactly adding much in the way of new analysis to the situation.  But hopefully, I can summarize the details succinctly and sufficiently to help parents establish their own informed view on the matter.

In 2004, a study was published in the journal Pediatrics entitled Age at first measles-mumps-rubella vaccination in children with autism and school-matched control subjects: a population-based study in metropolitan Atlanta. It was a case-control study looking at whether the timing of a child’s first MMR vaccine relates to the likelhood of that child later getting a diagnosis of autism.  The study concluded that there is no such connection.

In the August 2014 edition of the journal Translational Neurodegeneration, a biochemical engineer named Brian Hooker re-analyzed the data and concluded from his analysis that African American boys who received their MMR vaccine before the age of 36 months were 3.5 times more likely to receive an autism diagnosis later on in life than study controls. Anti-vaccine groups have hailed this study as the ultimate proof that has finally unveiled the grim truth that autism is caused by routine childhood vaccinations.

Below are my thoughts about this:

1. The Author of the Paper

Brian Hooker is a biochemical engineer at Simpson University. He has a son whose autism he attributes to childhood vaccinations. He actively promotes anti-vaccine propaganda and sits on the board of at least one anti-vaccine organization. These represent enormous conflicts of interest. It’s hard, though not impossible, to readily accept the scientific work of someone so riddled with conflicts of interest.

Hooker’s paper was published in a journal entitled Translational Neurodegeneration. For those of you who do not know, some peer reviewed scientific journals are more influential than others. Generally speaking, the most influential journals publish the highest quality scientific research papers and correspondingly, the least influential journals tend to publish the lowest quality research papers.  A journal’s influence is typically measured by something called an impact factor (IF). Medical Journals with the highest impact factors include The New England Journal of Medicine (IF=52), The Lancet (IF = 39) and JAMA (IF = 30). Well respected journals with reasonably high influence have impact factors in the 3 – 10 range. Journals with little-to-no influence tend to have impact factors well below 1.  Interestingly, Translational Neurodegeneration does not even have an impact factor.  This says a lot; one would think that the world’s most well-respected journals would be climbing over each other for the opportunity to publish THE STUDY that finally unveiled the link between autism and vaccinations.  Yet, a journal so insignificant that it does not even have an impact factor was the only one willing to publish the paper.

Just today, Translational Neurodegeneration removed the paper from it’s website citing “serious concerns about the validity of its conclusions.”  They went on to say that “the journal and publisher believe that its continued availability may not be in the public interest.”

As mentioned above, the original 2004 paper was a case-control study that used data collected from the Center for Disease Control (CDC).  The data analysis suggested that there is no compelling evidence to suggest that receiving the MMR vaccine earlier increases the likelihood of a child later getting a diagnosis of autism.  Hooker, through a freedom of information act application, obtained this CDC data and analyzed it himself.  He conducted the analysis on the data in a very unconventional way; he considered the data as if the study was designed as a Cohort Study – recall the the study was designed as a case-control. This is the fundamental crux of the problem with Hooker’s paper.  To maintain credibility, studies that are designed a certain way need to have their statistical analysis reflect its study design. To use a statistical analysis for a cohort study on data obtain from a case-control study or vice versa is inappropriate and renders the analysis invalid. This is exactly what Hooker did and probably explains why no journal with any credibility showed any willingness to publish his paper.

Amazingly, despite massive coordinated attempts at luring the mass media into covering this paper, there is not much in the way of coverage on main media platforms. This fact speaks loudest of all.  Imagine that finally, the connection b/w vaccines and autism has been demonstrated!  Yet, no newspaper or TV network is showing any interest whatsoever in covering the story.

So those are my thoughts.  If you have any comments, please feel free to chime in under comments below.