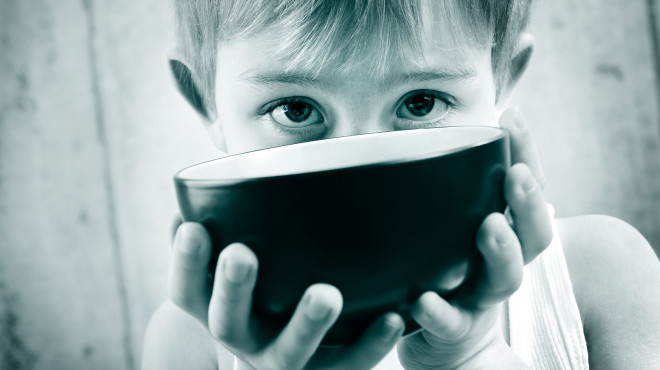 Here is another guest post from Rebecca Abavi, Kindercare’s research assistant from this past summer –

What Does Poverty Have To Do With Obesity?

In 2013, a forum post penned by Linda Tirado went viral, and was republished in The Huffington Post, The Nation, & Forbes under the title, “This Is Why Poor People’s Bad Decisions Make Perfect Sense.”

Tirado discusses the intense stresses endemic to living in poverty. Part of what she depicts is never having enough time. As a result, relying on convenience becomes paramount. Including convenient food. Tirado writes:

“Brocolli is intimidating. You have to have a working stove, and pots, and spices, and you’ll have to do the dishes no matter how tired you are or they’ll attract bugs. It makes more sense to get food that you know will be palatable and cheap and that keeps well. Junk food is a pleasure that we are allowed to have; why would we give that up?”

Tirado’s logic for unhealthy eating is sound – preparing nutritious food is difficult and time consuming. Eating nutrient poor, energy rich foods is one way to cope with the economic, physical and psychological pressures of poverty.

Another strategy is skipping meals.

According to the Food Research and Action Center, when those lacking food skip meals or eat less, they are likely to overeat when food later becomes available.

This up and down, feast or famine cycle, can become chronic and lead to metabolic changes that promote the storage of fat.

To make matters worse, cycling between overeating and undereating leads to disordered eating, and preoccupation with food.

According to Professor Sarah Hill of Texas Christian University, these negative effects are particularly damaging to food insecure children, who eat when they can because they do not know when the next meal will come.

Carolyn Shimmin and Valerie Tarasuk at EvidenceNetwork.ca write that food insecurity affects all aspects of life, leading to hunger pangs, fatigue and an overall lack of flourishing at school, work or play. Within families, it is a source of stress, because mealtimes may be upsetting. Food insecurity is also isolating, as socializing often revolves around food.

Research by Christine M. Olson and colleagues at Cornell University sheds insight into the effects of childhood food insecurity on adult eating patterns. In a 2007 study, the researchers interviewed thirty low-income mothers over a three year period about food scarcity and their eating habits.

A major theme that emerged from the interviews was that many of the women in the study have an intense emotional relationship with food. The researchers write:

“Some women had used food to meet emotional needs in childhood and overeating had become a generalized response to negative emotion states in the adult years.”

This means that when stressful events occur in adult life, those who grew up without enough food may consume in order to dampen their difficult emotions, leading to overweight and obesity.

According to one study participant: “When I get nervous, I’ll eat a lot. And then when I’m not nervous and I’m calm, I’m so stuffed from eating so much that I don’t want to eat.”

Another participant said: “I have this phobia about food. We start getting low and I start freaking.”

It seems as though the threat of hunger never completely goes away. Poverty-associated food deprivation can reshape perceptions of food radically, leaving some feeling like they never have enough.