Have We Been Overstating The Benefits of Breastfeeding? I Don’t Think So And Here’s Why 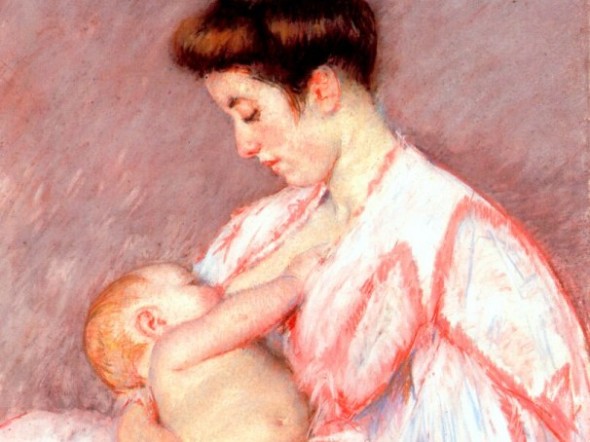 An interesting and provocative study, published last month in the journal Social Science and Medicine, suggests that the benefits of breastfeeding are overstated. In a clever experimental design, the authors analyzed data from a national database managed by the United States Department of labor’s Bureau of Labor Statistics. They queried from this database whether breastfeeding impacts any of the following outcomes in families with young siblings: body mass index, obesity, asthma, hyperactivity, parental attachment, behavioral compliance, reading comprehension, vocabulary recognition, math ability, memory based intelligence, and scholastic competence.  They firstly looked at all families with siblings and noted that siblings who were breast fed fared better than their non-breastfed counterparts on all of the outcome variables measured except one; asthma rates were surprisingly higher among the breastfed siblings compared to the formula-fed siblings. When the authors looked specifically at families in which one sibling was breastfed but the other sibling was formula fed (this sub-analysis helps control for environmental variables other than breastfeeding that may explain the differences) they found that there were no differences between siblings in any of the outcomes measured.   The authors conclude, therefore, that the benefits of breastfeeding are overstated.

The media and blogosphere followed suit with sensationalized headlines:

Are breastfeeding benefits overstated, overrated, or the healthiest way to go?

Did this paper really demonstrate that breastfeeding isn’t as beneficial as we once thought?  Well, I have a few comments to make in that regard:

Firstly, the ‘surprising’ asthma outcome is not really suprising. In recent decades, there has been a belief that breastfeeding is protective from asthma.  Since asthma runs strongly in families, it is very possible that mothers who have strong histories or family histories of asthma are compelled to do whatever they can to prevent asthma in their children. Since it has been widely thought that breastfeeding is protective against asthma, it is plausible that mothers in this study with asthma and/or family histories of asthma were more likely to choose breastfeeding in an attempt prevent their children from developing asthma. Since these children were genetically more likely to develop asthma, many of them likely did develop asthma despite having been breastfeed.  In this case, it was not the breastfeeding that increased the likelihood of developing asthma, it was the likelihood of developing asthma that increased the probability of the mother choosing to breastfeed her child.  Though the analysis picked up on the connection, the design is only able to identify the correlation, not the direction of the cause nor if there is a causal relationship at all.

Secondly, the authors only looked at the impact of breastfeeding on the children; the maternal health benefits of breastfeeding such as protection from cancers, diabetes, cardiovascular disease, and mental health problems, were not considered at all.

Finally, I am suspicious of the outcome measures that were chosen by the authors. As one can see from the table below, there is no shortage of scientific literature demonstrating both the benefits of breastfeeding and the risks of formula feeding: 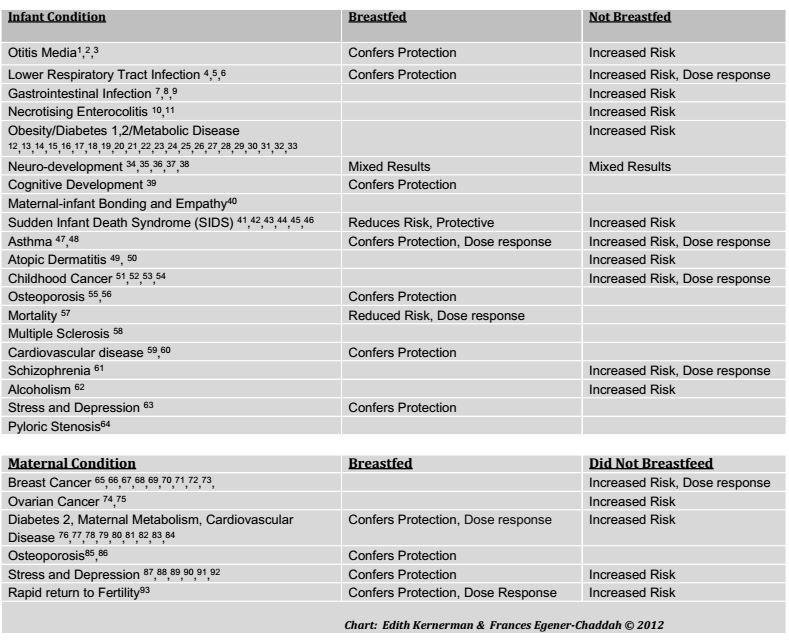 References are listed at the end of this post

If, from the list above, I selected the conditions for which there is the weakest connection between breastfeeding and protection from said conditions, I would choose asthma, obesity and neurocognitive development. In other words, current research has not been able to demonstrate very strongly that breastfeeding reduces the incidence of asthma, improves brain development, or protects from obesity. If those were the only reasons to promote breastfeeding, there wouldn’t be a very strong public health case to make for breastfeeding promotion.  However, there are far more compelling reasons, as illustrated above, than those three outcome measures.  Amazingly, the authors only chose those three specific outcomes (obesity, asthma, and a variety of neurocognitive outcomes) to measure in their study. It is almost as if the authors were rooting for a negative outcome at the onset of the study by picking outcome measures that were least likely to show any difference.